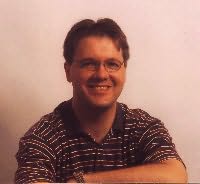 Young Bens earliest memories are of Northern Ireland, but of his second visit there. This time the family lived in Lisburn. These memories include the day his sister arrived in this world; trying to gatecrash the headquarters of the army in Northern Ireland in his pedal car and being stopped by a grinning policeman who seemed able to guess his every move; and of seeing his&#160father go onto a vast ship to set off on an epic sea voyage, which was probably the Belfast-Liverpool crossing.

A feature of army life is that postings come thick and fast. By the time Ben was nursery school age the family was living in Hereford, which is also where primary school started. Round about this point Bens father bought a house in the Cornish town of Mullion and Ben spent many happy holidays there as a boy, giving him a lifelong love of the duchy.
Series
Ted Gorse
1. The Teen, the Witch and the Thief (2016)
2. The Comeback of the King (2016)