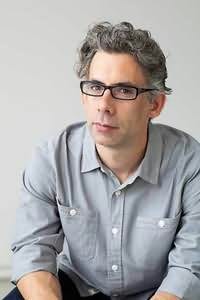 Bret Anthony Johnston is the author of the novel Remember Me Like This, which is a Barnes and Noble Discover Great New Writers selection,&#160and the award-winning Corpus Christi: Stories, which was named a Best Book of the Year by The Independent (London) and The Irish Times. He is also the editor of Naming the World and Other Exercises for the Creative Writer. His work appears in The Atlantic Monthly, Esquire, The Paris Review, Glimmer Train Stories, Virginia Quarterly Review, The Best American Short Stories, and elsewhere.

His awards include the Pushcart Prize, the Glasgow Prize for Emerging Writers, the Stephen Turner Award, the Cohen Prize, a James Michener Fellowship, and the Kay Cattarulla Prize for short fiction. His nonfiction has appeared in The New York Times, the New York Times Magazine, The Wall Street Journal, Tin House, The Best American Sports Writing, and on NPRs All Things Considered.

A graduate of the Iowa Writers Workshop, hes the recipient of a National Endowment for the Arts Literature Fellowship and a 5 Under 35 honor from the National Book Foundation. He wrote the documentary film Waiting for Lightning, which was released in theaters around the world by Samuel Goldwyn Films. He teaches in the Bennington Writing Seminars and at Harvard University, where he is the Director of Creative Writing.
Novels
Remember Me Like This (2014)

Can You Hear Me? (2017)
Elena Varvello
"There won't be another novel this rich, this compelling, this extraordinarily satisfying for a long, long time."

Song of a Captive Bird (2018)
Jasmin Darznik
"With rich empathy and gorgeous prose, Jasmin Darznik breathes life into one of Iran’s most iconic women, and the result is a beautiful novel that is as compelling as it is necessary."

Baby of the Family (2019)
Maura Roosevelt
"Baby of the Family is one of the most absorbing and stirring novels I’ve read in years. In this nuanced and deeply moving story, Maura Roosevelt uses her considerable gifts as a writer to explore the complexities of privilege, family, and the American Dream. It’s a beautiful book full of surprises, insight, and real heart."

Cape May (2019)
Chip Cheek
"Cape May is a perfectly mixed cocktail of beauty, desire, and heady desperation. In his gorgeous debut novel, Chip Cheek offers his readers a portrait of mid-century America and the timeless allure of love on the rocks."