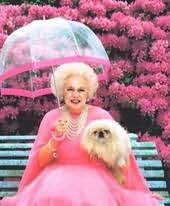 aka Marcus Belfrey, Barbara McCorquodale
Barbara Cartland, the world's most famous romantic novelist, who was also an historian, playwright, lecturer, political speaker and television personality, wrote almost 700 books and has sold over 650 million copies throughout the world. She also had many historical works published and wrote four autobiographies as well as the biographies of her mother and her brother.

Picture Books
Princess to the Rescue (1984)