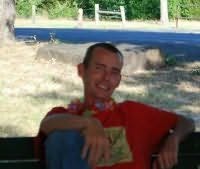 D.W. Jackson was born in McAlester Oklahoma, Attended College at Oklahoma City University, and Northeastern State University. As soon as he graduated high school in 2001 he joined the Oklahoma National Guard. In 2003 he was Sent along with five others from his unit to Iraq where he spent slightly over a year in deployment. After returning home he worked as a pipeline surveyor traveling all across the U.S. in 2009 he took a job as a correctional officer for the state of Oklahoma where he worked at both a medium and minimal security level prison. In 2012 his heath declined and was unable to continue working. With time on his hands and out of books to read he decided to pursue his dream of being a writer.