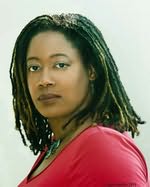 N. K. Jemisin is an African-American female writer of speculative fiction. She was born in Iowa City, Iowa and grew up in New York City and Mobile, Alabama She lived in Massachusetts for ten years and then moved to New York City.She attended Tulane University from 1990 - 1994, receiving a B.S. in psychology. She went on to earn her M. Ed from the University of Maryland College Park.She is a former member of the Boston-area writing group BRAWLers, as well as a current member of Altered Fluid. A graduate of the 2002 Viable Paradise writing workshop, she has published a number of short stories and has completed several novels. In 2010, her short story "Non-Zero Probabilities" was a finalist for the Hugo and Nebula awards.Currently, she lives in Brooklyn, NY. In addition to writing fiction, she works as a career counselor.

The Neon Court (2011)
(Matthew Swift, book 3)
Kate Griffin
"When I get my hands on a new Kate Griffin book, I put down everything else. She's just that good."

Stories of the Raksura Volume One (2014)
(Stories of the Raksura, book 1)
Martha Wells
"Wildly original world-building, diverse and engaging characters, and a thrilling adventure plot. It’s that rarest of fantasies: fresh and surprising, with a story that doesn’t go where ten thousand others have gone before."

Lent (2019)
Jo Walton
"Rendered with Walton's usual power and beauty...It's this haunting character complexity that ultimately holds the reader captive to the tale."

A Deadly Education (2020)
(Scholomance, book 1)
Naomi Novik
"Hilarious and wild! Take any fictional magic school, make it as over-the-top dangerous as possible, and populate it with a bunch of snarky teenagers; the result is pure batshit fun."