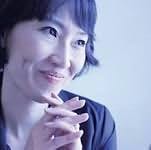 South Korea (b.1966)
You-jeong Jeong was born in Hampyeong, South Korea. She initially trained and worked as a nurse. She is now South Korea's leading writer of psychological crime and thriller fiction and is often compared to Stephen King and Raymond Chandler. You-jeong is the author of four novels including Seven Years of Darkness, which was named one of the top ten crime novels of 2015 by the German newspaper Die Zeit. Her work has been translated into Chinese, Japanese, French, German, Thai and Vietnamese. The Good Son is the first of her books to be translated into English.