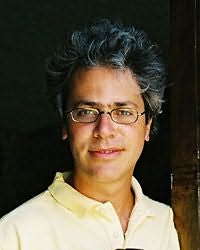 (b.1960)
Allen Kurzweil (born December 16, 1960) is an American Novelist, Children's Writer, Editor, Essayist, and Journalist. He graduated from Yale University in 1982, and has received Fulbright, Guggenheim, and NEH fellowships. He is now a Visiting Fellow at the John Nicholas Brown Center for the Study of American Civilization at Brown University, and sits on the board of the Rhode Island Council for the Humanities.

Kurzweil's first novel, A Case of Curiosities, set in eighteenth-century France, was translated into thirteen languages and earned literary honors in England, Ireland, Italy, and France. The novel was reissued by Harvest Books in 2001. His next novel, The Grand Complication, also translated widely, redirected the author's love of invention to twentieth-century New York. The "grand complication" of the title is a 200-year-old timepiece commissioned for Marie Antoinette and stolen from a Jerusalem museum in 1983. To research the circumstances of the theft, Kurzweil spent nearly five years crisscrossing Europe and the Middle East, interviewing detectives, curators, collectors, horologists and watch dealers. Over the last two decades, devotion to the complicated passions of his characters has led Kurzweil to take courses in pop-up book design, study the repair of player-pianos and work behind the reference desk of a public library. He regularly constructs the contraptions "invented" by his characters. To date these devices have included roll-players, pocket-sized potato cannons, clocks and color wheels designed to distinguish different kinds of potato chips. A number of these inventions have been packaged into a science kit for children.
Series
Leon
1. Leon and the Spitting Image (2003)
2. Leon and the Champion Chip (2005)