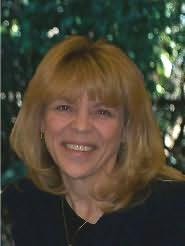 For as long as Janette Kenny can remember, plots and characters have taken up residence in her head. But she didn't fully embrace her secret dream to write for a living until she was a busy cosmetologist making a name for herself in her own salon. Once the writing bug bit, the incurable passion consumed her to create stories and people them.

She's climbed in the saddle and ridden the same trails as her western heroes and heroines, camped on the range, explored ghost towns in blizzards and stone jails in record heat waves, and visited too many stage stops between the Mississippi and the West Coast to count. She's slept in authentic log cabins listening to the lonesome howl of a coyote, and came frighteningly close to crossing paths with a grizzly bear high in the Rocky Mountains in Montana .

A four-time contest finalist with three of her historical romances, Janette has published over a dozen articles on Kansas history. She's a member of Romance Writers of America, and its affiliate chapters: PASIC and Hearts Through History. She's recently joined Magical Musings, a group blog with four other authors.