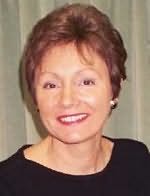 Following in her father's footsteps, Elizabeth Power wanted to be a writer from a very early age. Once she realised that copying Rupert Bear stories word for word from her albums wasn't really the thing to do, she was on her way!

By the age of fourteen, Elizabeth had produced her first full-length novel--alas! never published--and by the age of fifteen her teenage years meant life was so full that all literary ambitions became somewhat overshadowed.

Married in her early twenties, Elizabeth found that the needs of the home became her priority. Despite the ever present nagging little voice in her conscience that constantly reminded her of those unfulfilled writing ambitions, the creativity had stopped.

A few weeks before her thirtieth birthday, Elizabeth was thinking about what she had done with her first thirty years and realised she had been telling herself that she would "start writing tomorrow" for at least twelve of them! She couldn't help wondering, "whatever happened to that dream?" Within two weeks her "tomorrow" would come when fate took a hand in the form of redundancy!

Bought For Her Baby
Blackmailed for Her Baby (2008)