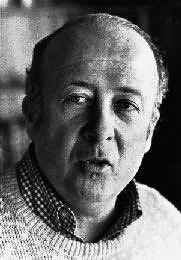 (1926 - 2001)
American author, who was best known for his first published novel, A Separate Peace (1959; filmed 1972). Most of his works are psychological examinations of characters caught in conflict between the wild and the pragmatic sides of their personalities.

In 1945 Knowles graduated from Phillips Exeter Academy in Exeter, N.H., and briefly served in the military before attending Yale University(B.A., 1949). He contributed articles to various publications during the 1950s before becoming a full-time writer. During the 1960s Knowles was a writer in residence at the University of North Carolina at Chapel Hill and at Princeton University, and in the 1990s he taught creative writing at Florida Atlantic University.

In 1959 Knowles won acclaim with the publication of A Separate Peace, which chronicles the competitive friendship of two students at a New Englandpreparatory school during World War II. An enduring classic, it became part of the syllabus of high-school English classes throughout the United States. Its sequel, Peace Breaks Out (1981), features student rivalry in the same setting but viewed from the perspective of a troubled young teacher who has recently returned from World War II.

Knowles's other novels include Indian Summer (1966), in which Harold "Cleet" Kinsolving discovers that he prefers the freedom of his simple life in the Midwest to a high-paying job in his New England hometown. The Paragon (1971) centres on Louis Colfax, a student at Yale plagued by a sense of inner emptiness. In A Vein of Riches (1978), Knowles portrayed the Catherwood family--coal barons who exploit the labour of West Virginia miners in the early 20th century. His later novels include A Stolen Past (1983) and The Private Life of Axie Reed (1986). He also wrote Double Vision (1964), a travelogue, and Phineas (1968), a collection of short stories.