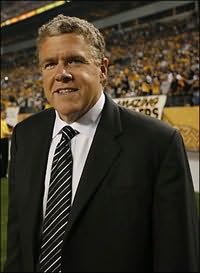 (b.1922)
Peter King is an English author of mystery fiction, a Cordon Bleutrained chef, and a retired metallurgist. He has operated a tungsten mine, overseen the establishment of South Americas first steel processing plant, and prospected for minerals around the globe. His work carried him from continent to continent before he finally settled in Florida, where he led the design team for the rocket engines that carried the Apollo astronauts to the moon.

In his spare time, King wrote one-act plays and short mystery stories. When he retired, in 1991, he wrote his first novel, The Gourmet Detective, a cozy mystery about a chef turned sleuth who solves mysteries in the kitchen. King followed it with seven more books starring the character, including Dying on the Vine (1998) and Roux the Day (2002). In 2001 he published Jewel of the North, the first of three historical mysteries starring Jack London. King lives in Sarasota, Florida.