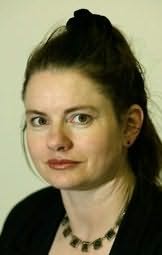 Helen Lowe is a fiction writer, poet and broadcaster. Her writing has appeared in journals, magazines and in print and online anthologies. She has won awards for her fiction and poetry and her first novel Thornspell (2008) garnered significant recognition in New Zealand and in the USA. Thornspell was selected as a Storylines New Zealand Children's Literature Trust Notable Book (2008), and won the Sir Julius Vogel Award (2009) for Best Novel, Young Adult. Helen herself won the Sir Julius Vogel award for Best New Talent, also in 2009.