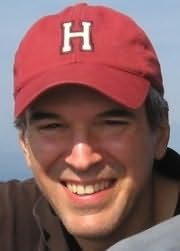 aka A L Singer
Peter Lerangis is the author of more than 170 books, which have sold more than 6 million copies and been translated into 34 languages, including two books in the New York Timesbestselling series The 39 Clues.

His novel Smilers Bones, based on the true story of a Polar Eskimo boy orphaned in New York City at the turn of the 20th century, was selected as a New York. Public Library Best Books for Teens 2006, a Bank Street Best Books of 2006, and a Junior Library Guild pick.

A Harvard graduate with a degree in biochemistry, Peter became a Broadway musical theater actor after college. He has run a marathon and gone rock-climbing during an earthquake, but not on the same day. He lives in New York City with his wife and their two sons.

Order of the Majestic (2019)
(Order of the Majestic, book 1)
Matt Myklusch
"An ingenious but aimless kid, a legendary but scandal-scarred magician, a miniature supercollider, a coin—nothing it what it seems in The Order of the Majestic. Matt Myklusch weaves a spell that is as much about the magic of storytelling as it is about magic itself. With dazzling plot twists and nonstop action, Myklusch conjures a cast of dynamic characters and a lovable hero whose journey to greatness will make readers scream for more! I loved it!"