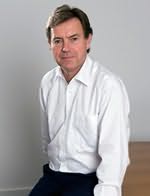 (b.1943)
James MacManus was born in London in 1943, educated at Westminster School and graduated from St Andrews University in 1966.He broke his Guardian reading parents hearts when  he joined the Daily Express in Manchester as a trainee reporter that year. He redeemed himself  when he moved to The Guardian in 1972, working first as a reporter in the London office  and then as a foreign correspondent in France, Africa and the Middle East for twelve years. The bulk of this time was spent in what was then Rhodesia where he was based as the Guardians Africa correspondent from 1974-80. In 1985 he joined the Diplomatic staff of the Daily Telegraph in London.