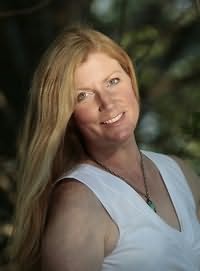 Prior to being an author, Kaya McLaren had many diverse experiences that she continues to bring to her writing. After earning her B.A. in anthropology, she worked as an archaeologist all over the western U.S.including Alaska and Hawaii, often living in her tent. Later, she became a massage therapist and worked in Sun Valley. When she was ready for another change, she pursued a teaching career that would last fifteen years, and would take her to the Quinault Rainforest, the wheat country of North Central Oregon, the top of Snoqualmie Pass, and the Jicarilla Apache Reservation. She taught elementary, K-12 art, and K-5 music, art, drama, and dance. During transitions, she worked as a program director at a summer camp, a wrangler on a dude ranch, a chairlift operator at a ski resort, a clerk in natural foods stores, a farmer in a garden greenhouse, and a technician in medical research and archaeological laboratories. Many of these experiences have found their way into her novels.

Although native to the mountains of Washington State, she now floats between the places that inspire her mostthe Rocky Mountains of the Southwest, and Baja California Sur, Mexico.

When she's not writing books, she likes to kayak, ride horses, telemark ski, bicycle, swim, SUP, play bass, guitar, and cello, and travel. Her dog Frida from the streets of Todos Santos now goes with Kaya just about everywhere.
Novels
Church of the Dog (2001)
On the Divinity of Second Chances (2004)
How I Came to Sparkle Again (2012)
The Firelight Girls (2014)
The Road to Enchantment (2017)
What's Worth Keeping (2021)