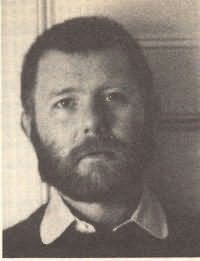 aka Nathan Aldyne, Axel Young
Michael McEachern McDowell was an American novelist and screenwriter. He received a B.A. and an M.A. from Harvard College and a Ph.D in English from Brandeis University in 1978. Stephen King once described him as "the finest writer of paperback originals in America today".

According to his bio in the 1985 edition of Toplin, McDowell lived in Massachusetts. The bio described a typical day: McDowell "writes in the mornings and spends the rest of the day looking out of the window in hope that something interesting will happen" and "collects photographs of corpses".

McDowell died in 1999 from AIDS-related illness. His unfinished novel Candles Burning was "completed" by Tabitha King, wife of Stephen King, and published in 2006.

"I am a commercial writer and I'm proud of that", he said in the book Faces of Fear in 1985. "I am writing things to be put in the bookstore next month. I think it is a mistake to try to write for the ages."