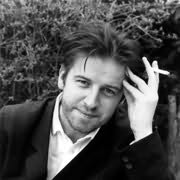 Ireland (b.1964)
Robert McLiam Wilson is a Northern Irish novelist. He studied at University of Cambridge, however he dropped out, and for a short time was homeless. This period of his life profoundly affected his later life and influenced his works.

McLiam Wilson has written three novels; Ripley Bogle (1989), Manfred's Pain (1992) and Eureka Street (1996). Ripley Bogle is a novel about a homeless man in London. It won the Rooney Prize and the Hughes Prize in 1989, and a Betty Trask Award and the Irish Book Award in 1990. Eureka Street focuses on the lives of two Belfast friends, one Catholic and one Protestant, shortly before and after the IRA ceasefires in 1994. A BBC TV adaptation of Eureka Street was broadcast in 1999. He is also the author of a non-fiction book about poverty, The Dispossessed (1992), and has made television documentaries for the BBC. His forthcoming novel, The Extremists, has been postponed again to June 2007. McLiam Wilson is married and recently moved to Paris.
Novels
Ripley Bogle (1989)
Manfred's Pain (1992)
Eureka Street (1996)
Extremists (2006)