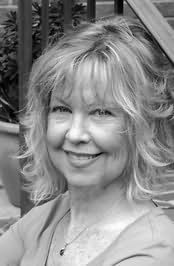 Elaine Neil Orr was born and spent most of her childhood in the southwestern region of Nigeria where her parents were medical missionaries. Her Nigerian name is Bamidele Funmilayo, making her full name Miriam Elaine Bamidele Funmilayo Neil Orr, a complicated inheritance. With her parents remaining behind, she left Nigeria with a one-way ticket to the U.S. in 1970, six months after the conclusion of the Biafran War. At seventeen, she didnt grasp what she would later come to know much later, through end-stage renal disease, transplantation, and the writing of a memoir: she was an exile in America, a white foreigner in a country that assumed her belonging.

Elaine began graduate work at the University of Louisville with an aim to write poetry but being captivated by Henry James and contemporary American writers such as John Cheever and Joan Didion, she veered in a scholarly direction. She began Ph.D. work in Literature and Theology at Emory University. A son, Joel, was born in the second year of her course work and she veered again, toward womens studies and Tillie Olsen. Elaine is the author of two scholarly books, Tillie Olsen and a Feminist Spiritual Vision and Subject to Negotiation: Reading Feminist Criticism and American Womens Writing. When she became a full professor, Elaine came full circle back to creative writing.
Novels
A Different Sun (2013)
Swimming Between Worlds (2018)