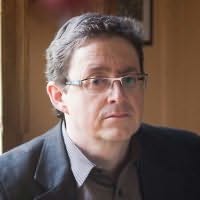 Ireland
Gerard O'Donovan was born in Cork and grew up in Dublin. After university and a brief career in the Irish civil service he travelled around for a good few years, doing everything from bar work to teaching English, before eventually settling down to make a living as a journalist, critic and, now, author. Among the newspapers he's worked on are The Sunday Times and The Daily Telegraph.

In 2007 he was lucky enough to be shortlisted for a Debut Dagger award, the Crime Writers' Association's competition for unpublished novelists. That set in train a series of events that led to his debut novel The Priest being published, and becoming a bestseller, in Ireland, the UK and many other countries as far afield as the Netherlands, India, Australia, the US and Canada.