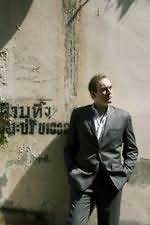 Lawrence Osborne was born in England and educated at Cambridge and Harvard, where he studied modern languages. He then lived in Paris for ten years, where he wrote his first novel "Ania Malina" and, later, the travelogue "Paris Dream book." Subsequently, he has lived a nomadic life, moving to New York City and then to Mexico, Istanbul and Bangkok, where he currently resides.

Series contributed to
Philip Marlowe
Only to Sleep (2018)