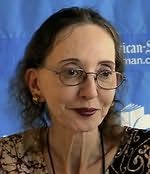 aka Lauren Kelly, Rosamond Smith
Award-winning author, Joyce Carol Oates was born in 1938 and grew up in upstate New York.While a scholarship student at Syracuse University, she won the coveted Mademoiselle fiction contest. She graduated as valedictorian, then earned an M.A. at the University of Wisconsin.In 1968, she began teaching at the University of Windsor.In 1978, she moved to New Jersey to teach creative writing at Princeton University, where she is now the Roger S. Berlind Distinguished Professor of the Humanities.

A prolific writer, Joyce Carol Oates has produced some of the most controversial, and lasting, fiction of our time.Her novel, them, set in racially volatile 1960s Detroit, won the 1970 National Book Award. Because It Is Bitter, and Because It Is My Heart focused on an interracial teenage romance. Black Water, a narrative based on the Kennedy-Chappaquiddick scandal, garnered a Pulitzer Prize nomination, and her national bestseller Blonde, an epic work on American icon Marilyn Monroe, became a National Book Award Finalist. Although Joyce Carol Oates has called herself, "a serious writer, as distinct from entertainers or propagandists," her novels have enthralled a wide audience, and We Were the Mulvaneys earned the #1 spot on the New York Times bestseller list.

The Perfectionists (1970)
Gail Godwin
"Engrossing and mysterious... A perfectly structured story, with characters that are recognizably human and with whom one can 'identify'."

The Book of Daniel (1971)
E L Doctorow
"A nearly perfect work of art, a cause for rejoicing."

Hawksmoor (1985)
Peter Ackroyd
"Mr Ackroyd is a virtuoso writer whose prose is a continual pleasure to read...An unfailingly intelligent work of the imagination."

Rock Springs (1987)
Richard Ford
"Beautifully imagined and crafted stories, by turns heartrending and wickedly funny; and just plain wicked. Richard Ford is a born storyteller with an inimitable lyric voice, and Rock Springs is the very poetry of realism."

The Way the Angel Spreads Her Wings (1989)
Barry Callaghan
"Prose of heartstopping beauty."

I Pass Like Night (1989)
Jonathan Ames
"Disturbing and funny... a striking debut."

Women & Other Animals (1999)
Bonnie Jo Campbell
"These stories are filled with marvelously rendered details and character portraits that seem to me absolutely convincing, as real as if I were perceiving them through an opened window."

Beautiful Dreamer (2002)
Christopher Bigsby
"A tautly written and almost unbearably suspenseful parable of the tragedy of race relations in a backcountry Tennessee setting of some decades ago. It's a powerful Faulknerian vision made stark and compelling by its spare and pitiless language."

Ariel's Crossing (2002)
(New Mexico, book 2)
Bradford Morrow
"An ambitious, rich, and original story of love, rapture, the end and the beginning of things."

The Lovers (2010)
Vendela Vida
"Vendela Vida has written a riveting and suspenseful novel about an American woman's voyage to self-discovery as she travels alone in Turkey. Though the aura of dread mounts, as in one of Paul Bowles' eerie and unnerving works of fiction, there are surprising revelations here, and an utterly unpredictable ending."

Two or Three Things I Forgot to Tell You (2012)
Joyce Carol Oates
"The painful honesty of this book will crack open your heart."

White Sand (2014)
Simon Kerr
"White Sand is powerful, dramatic and intensely engaging, I hope that this unusual, sure-to-be-controversial novel about shimmering layers of unreality will meet with deserved acclaim!."

Woman With a Blue Pencil (2015)
Gordon McAlpine
"A brilliantly structured labyrinth of a novel... totally unique work of â€˜mysteryâ€™ fictionâ€”one that Kafka, Borges, and Nabokov, as well as Dashiell Hammett, would have appreciated."

A Natural History of Hell (2016)
Jeffrey Ford
"Jeffrey Ford is a beautifully disorienting writer, a poet in an unclassifable genre-his own."

White Houses (2018)
Amy Bloom
"A remarkable intimate and yet informative novel of the secret, scandalous love of Eleanor Roosevelt and her longtime friend and companion Lorena Hickok, who relates the tale in her own, quite wonderful voice."

Tangerine (2018)
Christine Mangan
"As if Donna Tartt, Gillian Flynn, and Patricia Highsmith had collaborated on a screenplay to be filmed by Hitchcock—suspenseful and atmospheric."

Split-Level (2019)
Sande Boritz Berger
"How impressive Split-Level is: wonderfully rich with details, fluent and fluid, with an inevitable-yet-unexpected ending, inspired throughout is its portrait of a woman whose essential life is an unconscious double-ness/split-ness."

Tell Me Who We Were (2019)
Kate McQuade
"These are stories of magical lyricism, contemporary in their exploration of the obsessions of girls and young women, mythic in their scope and mysteryâ€¦.Remarkable."

In the Country of Women (2019)
Susan Straight
"What a beautiful book!."

Must I Go (2020)
Yiyun Li
"Fierce and intransigent, startling in the frankness with which she rebuffs conventional expectations of maternal docility and ‘niceness,’ the protagonist of Yiyun Li’s fascinating new novel is both an eighty-one-year-old grandmother mourning, after thirty-seven years, the death by suicide of her firstborn child and a woman obsessed with the private life of a former lover, the father of the deceased daughter, whose diary she is reading and annotating at length. Lilia Liska is a memorable creation—‘as hard as the hardest life’—whose sharp judgments and shrewd, if harsh, insights into life ring with the painful candor of truth. As Lilia bravely declares: ‘Happy people have no use for words.’"