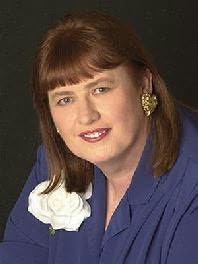 Australia
With twenty five million copies of her books sold internationally, it's no wonder Valerie Parv is knownas one Australia's queen of romance and is recognised as the mediaspokesperson for all things romantic. Already a successful writer ofnon-fiction, Valerie has made love and romance a career, with over 60 novelsto her name since 1982.

Valerie held Australia's first romance writing workshop in 1988, which ledto the founding of Romance Writers of Australia, and she has been a memberever since. A qualified trainer and counsellor, Valerie conducts seminarsand workshops on creativity and all aspects of the writing craft based onher two best-selling guides for writers: The Art of Romance Writing (Allen &Unwin 1993, 2004) and The Idea Factory (Allen & Unwin 1995). In 1994 theState Library of New South Wales, Australia, began to acquire Valerie'spapers for their collection and continues to acquire material from her.

Valerie continues to write her page-turning novels because they affirm herbelief in love and happy endings. As she says... "Love gives you wings,romance helps you fly". Valerie is married to her own romantic hero, Paul, aformer crocodile hunter in Australia's tropical north. These days he's acartoonist and the two live in Australia's capital city - Canberra - wherethey are volunteer zoo guides.