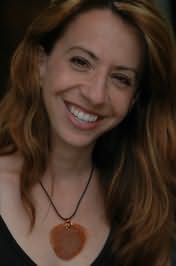 (b.1970)
Andromeda Romano-Lax worked as a freelance journalist and travel writer before turning to fiction. Her first novel, The Spanish Bow, was translated into eleven languages and was chosen as a New York Times Editors Choice, BookSense pick, and one of Library Journals Best Books of the Year. It was also a semi-finalist for the 2008 VCU Cabell First Novelist Award. Among her nonfiction works are a dozen travel and natural history guidebooks to the public lands of Alaska, from Denali National Park to the Tongass National Forest, as well as a travel narrative, Searching for Steinbecks Sea of Cortez: A Makeshift Expedition Along Bajas Desert Coast, which was an Audubon Editors Choice. As a freelance writer, she has been published in a wide range of magazines and newspapers, from Seventeen to Steinbeck Studies. She is co-editor of an anthology, Travelers Tales Alaska, and her own work has appeared in the travel anthologies Drive and Steady As She Goes. She is a recipient of awards and fellowships from the Alaska Council on the Arts, the Marine Biological Laboratory, the National Association for Interpretation, the Alaska Press Club, and the Rasmuson Foundation, which named her an Artist Fellow in 2009. Andromeda lives with her husband and children in Anchorage, Alaska, where she co-founded and now teaches for a nonprofit organization, the 49 Alaska Writing Center.