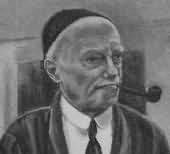 Born in Ealing, he is listed in Guinness World Records as the most prolific author of all time with a lifetime output calculated at 72-75 million words.

Much of his work was published in the weekly boys' papers of the time, and at times he was writing at least six stories each week, using over twenty different pen-names.

His most famous creation is Billy Bunter, who featured in stories set in Greyfriars School. The Billy Bunter stories were serialised in The Magnet from 1908 until the paper shortage during World War II ended its publication in 1940. After World War II Hamilton wrote a number of Bunter books, which were published by Charles Skilton and Cassells. He also wrote the scripts for the BBC's Billy Bunter television series starring Gerald Campion, which ran from 1951 to 1961.

In the 1970s Howard Baker began to publish facsimiles of every issue of The Magnet; he fell just short of completing the series at the time of his death in 1991.
Genres: Young Adult Fiction
Series
Tom Merry
Tom Merry's triumph (1940)
Trouble for Tom Merry (1940)

Collections
Mystery of Wharton Lodge and Other Stories (1971)
Yarooh! A Feast of Frank Richards (1976)