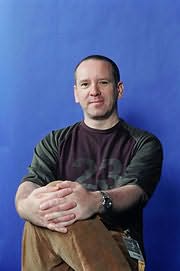 (b.1963)
Gary Russell is one of the script editing team for Doctor Who, Torchwood and The Sarah Jane Adventures, and the author of many novels and reference books in the Doctor Who range. A former editor of Doctor Who Magazine, he also was the producer of Doctor Who audio dramas for Big Finish Productions for eight years. He was also an actor and is best known for his role as Dick in the 1978 television series of 'The Famous Five'. He lives in Cardiff.