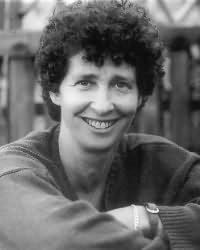 Canada (1957 - 2018)
Nancy Richler was an award-winning Canadian novelist. Born in Montreal, Quebec in 1957, she spent much of her adult life and career in Vancouver, British Columbia before returning to Montreal in the early 2010s.

Richler published her first novel, Throwaway Angels, in 1996. The novel was shortlisted for an Arthur Ellis Award for Best First Novel. Her 2003 novel Your Mouth Is Lovely won the 2003 Canadian Jewish Book Award for Fiction and the 2004 Adei Wizo Award. Her 2012 novel The Impostor Bride was a shortlisted nominee for the 2012 Scotiabank Giller Prize.
Novels
Throwaway Angels (1997)
Your Mouth Is Lovely (2002)
The Imposter Bride (2012)

Three Souls (2013)
Janie Chang
"I absolutely couldn't put it down... One of the most satisfying, enjoyable and interesting books I've read in a while."