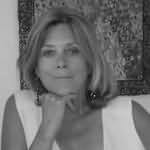 Daisy Styles is a pen name for Di Redmond who is a free-lance writer, script editor, dramatist, ghost writer and author of over a hundred books. Di has written for film, live action television, theatre, radio and childrens television, her credits include Bob the Builder, Chuggington, Angelina Ballerina, Postman Pat and many more top animated series. She's written for the adult market too, SUCCESS (published by Hodder) is set in Cambridge and Venice. She's adapted the classics for the Edinburgh Festival and led a creative writing course in Deia, Majorca with the poet Roger McGough. She writes annually for the Writers and Artists Yearbook specializing in, Writing to a Brief, Adapting the Classics for Stage and Television and Ghost Writing. Di and Daisy live in Cambridge!

The Shipyard Girls (2016)
(Shipyard Girls, book 1)
Nancy Revell
"Set in Sunderland at the start of WW2 tough doesn’t begin to describe the hard graft the Shipyard Girls experienced building battle ships for the Navy. Though often weary, heartbroken and terrified they have the dogged determination of conscripted women who will never give up – whatever fate throws at them. Well done on a terrific debut novel, Nancy Revell!"