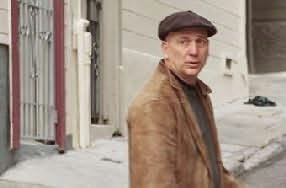 (b.1952)
Domenic Stansberry is an Edgar Award winning novelist known for his dark, innovative crime novels. His most recent novel The Ancient Rain, is set in the aftermath of 9/ll, when a federal investigator re-opens murder charges in a politically charged slaying that occurred some thirty years before. Other books in the same series include The Big Boom and Chasing the Dragon.

An earlier novel, The Confession, received an Edgar Allan Poe Award for its controversial portrait of a Marin County psychologist accused of murdering his mistress.

Other books include Manifesto for the Dead—a fictional retelling of the final days of pulp icon, Jim Thompson—and The Last Days of Il Duce. Stansberry is also the author of The Spoiler, a hard-edged portrayal of a reporter covering a minor league baseball team that has been described by Publishers Weekly as a classic in the genre.

Stansberry was born in 1952, in Washington DC, and grew up in California. He currently lives in the Bay Area, with his wife, the poet Gillian Conoley, and their daughter Gillis.

In addition to his carreer as a novelist, he writes for film and video and teaches in the low-residency MFA program at Vermont College.