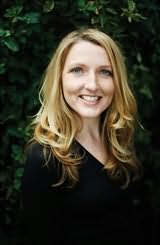 Julia Stuart grew up in the West Midlands in England. She studied French and Spanish, and lived for a short period in France and Spain teaching English. After studying journalism at college, she worked on regional newspapers for six years. She then became a staff features writer for The Independent, where she worked for eight years, including a spell with The Independent on Sunday. In 2007, she relocated to Bahrain with her English husband, who is also a journalist.

Genres: Literary Fiction, Historical Mystery
Novels
The Matchmaker of Perigord (2007)
Balthazar Jones and the Tower of London Zoo (2010)
aka The Tower, the Zoo, and the Tortoise
The Pigeon Pie Mystery (2012)
The Last Pearlfisher of Scotland (2016)