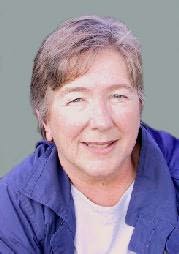 (b.1937)
Jill Paton Walsh was born Gillian Bliss in London on April 29th, 1937. She was educated at St. Michael's Convent, North Finchley, and at St. Anne's College, Oxford. From 1959 to 1962 she taught English at Enfield Girls' Grammar School. In 1961 she married Anthony Paton Walsh; (now separated); they have one son, and two daughters.

Jill Paton Walsh has won the Book World Festival Award, 1970, for Fireweed; the Whitbread Prize, 1974 (for a Children's novel) for The Emperor's Winding Sheet; The Boston Globe-Horn Book Award 1976 for Unleaving; The Universe Prize, 1984 for A Parcel of Patterns; and the Smarties Grand Prix, 1984, for Gaffer Samson's Luck.

She held an Arts Council Creative Writing Fellowship in 1976-8; was a 'permanent visiting faculty member' of the Centre for Children's Literature, Simmons College, Boston, Massachussetts from 1978 to 1986, was Gertrude Clarke Whittall lecturer at the Library of Congress in 1978, was a Whitbread Prize judge in 1984, was Chairman of the Cambridge Book Association from 1987 to 1989, and has served on the management committee of the Society of Authors. She has contributed articles and reviews to many journals and is currently 'adjunct British board member' of Childrens' Literature New England.

More recently she has written for adults; in 1994 her novel Knowledge of Angels was short-listed for the Booker Prize.

After living for many years in Richmond, Surrey, she is now settled in Cambridge, where in partnership with John Rowe Townsend she runs a small specialist imprint 'Green Bay Publications.'

In 1996 she received the CBE for services to literature, and was elected a fellow of the Royal Society of Literature.

Poor Tom's Ghost (1977)
Jane Louise Curry
"All ends well with perfect emotional logic; who cares about the other sort where deep in a fast-moving and absorbing story like this one?"