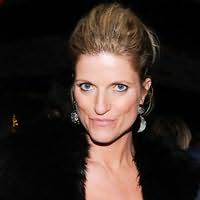 Lucy Sykes has worked in the fashion world as a stylist, fashion editor, and fashion director. For six years Lucy was the fashion director at Marie Claire magazine, and was most recently fashion director for Rent the Runway. Her own children s clothing line, Lucy Sykes New York, was sold in more than a hundred department stores worldwide, including Saks Fifth Avenue, Barneys, Bergdorf Goodman, and Nordstrom. Together with her twin sister Plum, Lucy moved from London to New York City in 1997, where she now lives with her husband and two children.

Jo Piazza is the managing editor of Yahoo Travel and a regular contributor to theWall Street Journal. Her work has appeared inTheNew York Times, New Yorkmagazine, Glamour, Gotham, the Daily Beast, andSlate. She is the author of Celebrity, Inc.: How Famous People Make Moneyand a novel, Love Rehab: A Novel in 12 Steps and If Nuns Ruled the World: Ten Sisters on a Mission. She lives in New York City with her giant dog."

According to a Source (2017)
Abby Stern
"I had SO much fun with this hysterical novel about Hollywood, and I can almost guess who the stars (in disguise) are! Abby Stern shows how Los Angeles is as dangerous as Rikers Island, yet how celebrities truly can be as superficial as Kardashians and glamorous as magic, all at once."
Visitors to this page also looked at these authors
Emma Straub
Mark Sullivan
Nancy Thayer
Peter Straub
Patrick Süskind
Susan Wiggs
Amy Tan
Sarah Strohmeyer
Jonathan Stone
Elizabeth Strout
Plum Sykes
Lauren Willig
Patrick Taylor
J Courtney Sullivan
Peter Swanson
Erika Swyler