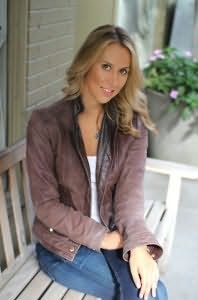 Jo Piazza is an award-winning journalist, editor, digital content strategist and author. She is currently the managing editor for Yahoo Travel and a contributor to the Wall Street Journal and Elle.com.

Her novel with Lucy Sykes, The Knockoff, became an instant international bestseller in May.

During the 2012 presidential election she developed a content strategy to marry multi-media platforms for the Current television network. She has written and reported for the New York Daily News, the New York Times, New York ,Glamour, CNN, Fox News, The Daily Beast and Slate.

She is the author of the highly acclaimed Celebrity Inc.: How Famous People Make Money, an economic case study of the Hollywood Industrial Complex and the novel Love Rehab.

Her nonfiction book about progressive American nuns, If Nuns Ruled the World, was released to critical acclaim in September of 2014. The New York Times columnist Nick Kristof wrote about it in the Sunday Times: IN an age of villainy, war and inequality, it makes sense that we need superheroes. And after trying Superman, Batman and Spider-Man, we may have found the best superheroes yet: Nuns.

She holds an undergraduate degree in economics from the University of Pennsylvania, a Masters in Journalism from Columbia University and a Masters in Religious Studies from New York University. She lives in San Francisco with her giant dog and her fiance.

The Lost Night (2019)
Andrea Bartz
"A compulsively readable journey into the dark corners of memory. Bartz has crafted a terrifying and delicious narrative in the vein of Gillian Flynn and Paula Hawkins."

Tiny Imperfections (2020)
Alli Frank and Asha Youmans
"Perfectly captures the absurdist bubble of San Francisco's tech upper class. A rollicking good read that reminds us that money, power and influence will never be enough to make someone truly happy."