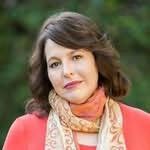 Nina R. Sadowsky's eclectic career has spanned work as an entertainment lawyer, a producer, a film executive, a screenwriter, a director and a film professor. She has written numerous original screenplays and adaptations and done rewrites for such companies as The Walt Disney Company, Working Title Films, and Lifetime Television.

The Marriage Pact (2017)
Michelle Richmond
"A terrifying thriller that distils modern marriage down to its confusing core."

Paper Ghosts (2018)
Julia Heaberlin
"With prose as sharp and flinty as the book’s protagonist, Paper Ghosts takes a deep dive into the murky well of moral ambiguity, as one woman’s obsession with her missing sister collides with a serial killer’s dementia over the course of a thrill-packed road trip deep into the heart of Texas. This novel brilliantly asks you to question everything you see (and don’t see) around you."