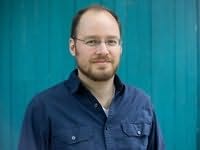 Torday's short stories and essays have appeared in Esquire, Glimmer Train, Harvard Review, The New York Times and The Kenyon Review. A former editor at Esquire Magazine and now an editor at The Kenyon Review, he is currently the Director of Creative Writing at Bryn Mawr College.
Novels
The Last Flight of Poxl West (2015)
Boomer1 (2018)

The Weight of Him (2017)
Ethel Rohan
"Ethel Rohan is that rarest of writers, blessed with the x-ray vision to see not only past the skin, but past even the bone and into the marrow. In the strands of her debut novel's DNA, lab analysis might turn up traces of Alice McDermott, Alice Munro, Tom Perrotta, and Colum McCann. But the genome of The Weight of Him is entirely, thrillingly Rohan's own. Read this book!"

Shadow Man (2017)
Alan Drew
"Shadow Man is an enrapturing read from its start to its unpredictable, enthralling finish."

Fly Me (2017)
Daniel Riley
"With thin, wild mercury rhythms and electrifying prose, Daniel Riley's debut announces the arrival of a masterful novelist, giving flashes of Don DeLillo, Joan Didion, Dana Spiotta, even a glint of Thomas Pynchon. Fly Me does for seventies L.A. what Garth Risk Hallberg did for New York City in the same period. This is one to gulp down, and then savor."