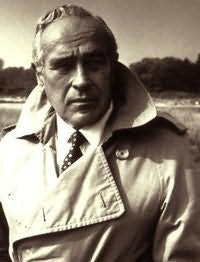 aka Jonathan Ryder, Michael Shepherd
ROBERT LUDLUM was the author of twenty-one novels, each one a New York Times bestseller. There are more than 210 million of his books in print, and they have been translated into thirty-two languages. He is the author of The Scarlatti Inheritance, The Chancellor Manuscript, and the Jason Bourne series--The Bourne Identity, The Bourne Supremacy, and The Bourne Ultimatum--among others. Mr. Ludlum passed away in March, 2001.

Contract On the President (1973)
John Crosby
"One of the finest authors around!"

Holy of Holies (1980)
(Charles Pol Espionage Thrillers, book 6)
Alan Williams
"Will glue you to your chair with suspense."

The Day Before Midnight (1989)
Stephen Hunter
"A breathtaking, fascinating look at what could happen - given the possibility of an atomic given. A wrap-up you'll never forget."