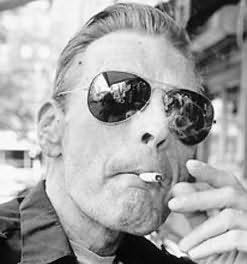 (1949 - 2019)
Nick Tosches was born in Newark, New Jersey, and raised by wolves from the other side. Through nepotism he became a barroom porter at the age of fourteen. Casting this career to the wind in his quest for creative fulfillment, he became a paste-up artist for the Lovable Underwear Company in New York City. On January 12, 1972, he went to lunch and never came back, drifting south to Florida, where, among other things, he worked as a snake-hunter for the Miami Serpentarium. After being bit on the shin one morning, he decided to forsake all further employment, and thus became a writer of poetry and prose.
Novels
Cut Numbers (1988)
Trinities (1994)
Me and the Devil (2012)