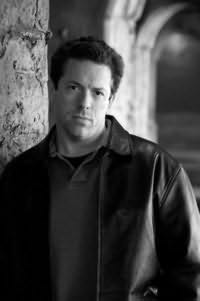 Richard Thomas is the author of seven books Disintegration and The Breaker (both at Random House Alibi), Transubstantiate (Otherworld Publications), and three short story collections, Herniated Roots (Snubnose Press) Staring Into the Abyss (Kraken Press) and Tribulations (TBA), as well as one novella of The Soul Standard (Dzanc Books). With over 100 stories published, his credits include Cemetery Dance, PANK, Gargoyle, Weird Fiction Review, Midwestern Gothic, Arcadia, Pear Noir!, Chrial Mad 2, and Shivers VI (with Stephen King and Peter Straub). He has won contests at ChiZine, One Buck Horror, and Jotspeak and has received five Pushcart Prize nominations to date. He is also the editor of three anthologies out in 2014: The New Black (Dark House Press), The Lineup (Black Lawrence Press) and Burnt Tongues (Medallion Press) with Chuck Palahniuk. In his spare time he is a book critic at The Nervous Breakdown, a columnist at LitReactor, and Editor-in-Chief at Dark House Press. He agent is Paula Munier at Talcott Notch.
Collections
Staring Into the Abyss (2013)
The Soul Standard (2016) (with Nik Korpon)

Toxicity (2014)
Max Booth III
"TOXICITY seeps under your skin, infecting you with black comedy, shocking violence, and the stinking desperation of bad people rotting in the sun. And yet somehow, we still root for these dark souls—and that is the genius of Max Booth III."