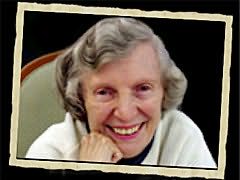 Wallace was born and spent her childhood in China, but then moved to the United States. San Francisco was often a port of entry for her family, who lived in a huge, white-pillared mansion on the side of a hill, later to become the Sugar Hill Hall mansion which served as the setting for some of her most popular books. She was a UCLA graduate.

Wallace won two Edgar Allan Poe Awards from the Mystery Writers of America for The Twin in the Tavern and for Sparrows in the Scullery. Cousins in The Castle and Ghosts in the Gallery were also nominated for an Edgar Award.

Wallace's books are often compared to those by Lemony Snicket, as well as Beverly Cleary and four-time Edgar-recipient Joan Lowery Nixon.

Non fiction
Anastasia, Florence Nightingale, and I (2009)
Small Footsteps in the Land of the Dragon (2009)