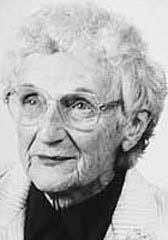 Benson's favorite Nancy Drew story was The Hidden Staircase, the second mystery in the series. Benson also wrote many other series, including the Penny Parker books, which were published under her own name.