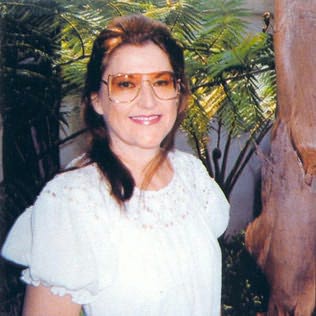 aka Kathryn Harvey
Barbara Wood was born January 30, in Warrington, England (near Liverpool).   Together with her parents and older brother, she immigrated to the United States.   She grew up in Southern California and attended Los Angeles Schools.   After High School, Barbara attended the University of California at Santa Barbara but left to train as a surgical technician.  During this time, Barbara held numerous jobs, before she sold her first novel in 1976.  To date, Barbara has written 25 books, including three under a pen name.
When not writing, Barbara often takes time to enjoy the work of other authors,  She also likes to play golf with her husband, Walt.

The Queen's Prophet (2017)
Dawn Patitucci
"Impeccably researched, The Queen's Prophet offers a rare glimpse into an age that was at once colorful, magical, and beautiful but also brutal and violent--a world few people today can begin to imagine, but wonderfully and vividly rendered by the author. The reader is drawn into a world of passions, loyalties, betrayals and ruthless court intrigue filled with twists and surprises. In Mari we have a heroine who is unique, sympathetic, strong, and we pull for her all the way. An impressive debut."
Visitors to this page also looked at these authors
Clyde Phillips
Joseph Finder
Alex Kava
Robert Ellis
Stephen Frey
Tracy Clark
Linda Fairstein
Larry D Thompson
Michael Prescott
Mike Papantonio
Alan Jacobson
James Hayman
Robert Dugoni
Scott Pratt
Doug Richardson
Norb Vonnegut