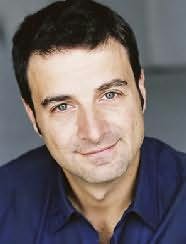 Canada (b.1966)
Born, raised, and still residing in Vancouver, Kalla spends his days (and sometimes nights) working as an ER Physician in an urban teaching hospital. The idea for his first medical thriller, PANDEMIC, sprang from his clinical experience in facing the SARS crisis of 2003. He has written five science thrillers and or medical mysteries, delving into themes and topics as diverse as superbugs, drug addiction, prions, DNA evidence, pandemics and patient abuse. Kalla's sixth book, OF FLESH AND BLOOD, is a departure from the medical thriller genre. Featuring two multi-generational families, a major West Coast medical center and interwoven storylines, he tackles the human condition through the loves, lives and struggles of characters connected by lineage and bound by family secrets. His books have been translated into ten languages, and Pandemic and Resistance have been optioned for feature films. Daniel received his MD from the University of British Columbia. He is married and the proud father of two girls.

Three Souls (2013)
Janie Chang
"A tour de force. Evocative of Lisa See at her best, Three Souls vividly conjures life in pre-Mao China, and runs the emotional gamut from playful to haunting. This original story and its sympathetic heroine will stay with you long after the final pages."

Liar's Candle (2018)
August Thomas
"A propulsive, heart-in-your-throat thriller that’s loaded with unexpected twists and turns. Liar’s Candle is a shockingly good debut novel that kept this reader up much later than anticipated!"

The Soul of a Thief (2018)
Steven Hartov
"The Soul of a Thief is a war drama, a cat-and-mouse thriller and a coming-of-age love story, all wrapped into a terrific and compulsive read. Hartov offers a novel and human perspective of the German side of the Second World War through the eyes of one young reluctant recruit and the enigmatic colonel whom he admires, fears and, ultimately, plots to outwit."
Visitors to this page also looked at these authors
Andrea Kane
Alex Kava
Stuart M Kaminsky
Richard Kadrey
Mons Kallentoft
Ben Kane
Julie Kagawa
Jackie Kabler
Ivan Kal
Ellery Kane
Joseph Kanon
Marshall Karp
Tonya Kappes
Emma Kavanagh
Sheena Kamal
Remington Kane