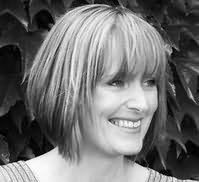 Juliet West grew up in Worthing and studied history at Cambridge University. She trained as a newspaper reporter in the early 1990s and went on to work for newspapers and magazines in Dorset, Hampshire and London.

In 2009 she took an MA in Creative Writing at Chichester University, where she graduated with distinction and won the Kate Betts Memorial Prize.

The opening chapters of her debut novel, Before the Fall, were shortlisted for the Myriad Editions/West Dean novel writing competition in 2012. The novel is published in hardback and ebook by Mantle at Pan Macmillan in May 2014 and by Pan in August 2014 (paperback).

Juliet lives with her husband and three children in West Sussex. She is currently working on her second novel.

At First Light (2017)
Vanessa Lafaye
"Brilliantly paced and utterly immersive, I savoured every sentence of this wonderful novel. Vanessa Lafaye's vivid prose transported me to 1919 Key West, with its brothels and bars, beaches and swamps, conjuring a place where love can flourish - but danger lurks. At First Light uncovers a disturbing era of American history, offering an unflinching insight into the dark and bizarre world of the Ku Klux Klan. While the political backdrop is fascinating, it never overwhelms the driving force of the novel - a love story which is both tragic and uplifting."