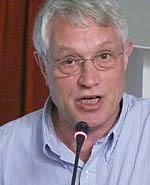 Several of his early stories were written using the pseudonym Alistair Bevan. His second novel, Pavane, which is really a collection of linked stories, may be his most famous work: an alternate history novel in which the Roman Catholic Church takes control of England following the assassination of Queen Elizabeth I.

Roberts wrote numerous novels and short stories, and also worked as an illustrator. His artistic contributions include covers and interior artwork for New Worlds and Science Fantasy, later renamed Impulse. He also edited the last few issues of Impulse although the nominal editor was Harry Harrison.