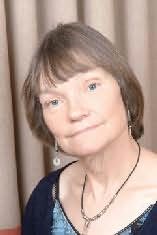 aka Mary Freeman
Mary Rosenblum was a science fiction and mystery author. She grew up in Allison Park, "a dead little coal mining town outside Pittsburgh PA," and attended Reed College in Oregon, earning a biology degree. She attended the Clarion West workshop in 1988.

Her first story came out in 1990 and her first novel in 1993. In 1994 she won the Compton Crook Award for Best First Novel for the novel The Drylands. Her career began, and has largely returned to, science fiction. However from 1999 to 2002 she wrote the "Gardening Mysteries" novel series under the name "Mary Freeman."