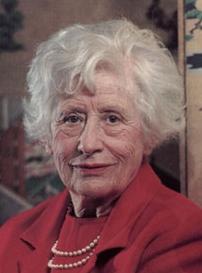 New Zealand (1895 - 1982)
Dame Ngaio Marsh, one of New Zealand's most remarkable and charismatic women, was world-renowned as a leading crime fiction writer and as an eminent Shakespearian producer.

From her first book in 1934 to her final volume just before her death in 1982, Ngaio Marsh's work has remained legendary, consistently compared to that of Agatha Christie, Margery Allingham and Dorothy L Sayers. During her celebrated fifty-year career, Marsh was made a Grand Master by the Mystery Writers of America, named Dame Commander, Order of the British Empire, won numerous prestigious awards and penned 32 mystery novels.