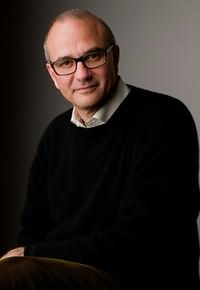 (b.1954)
Rafael Yglesias is an American novelist and screenwriter. His parents were the writers Jose Yglesias and Helen Yglesias. They raised him to share their faith that the only hope for the novel continuing to be a vital art form was for the values of 19th century realism to be applied to todays fiction. Over his forty year career their influence has evolved into Rafael striving for an intensely evocative psychological realism, to have the reader experience what his characters feel and think with as little emotional distance, playful irony or summarizing self-righteousness as possible. He has two sons, Matthew Yglesias, co-founder and Executive Editor of Vox.com, and Nicholas Yglesias, a science fiction and fantasy novelist. He was married to their mother, Margaret, from 1977 until her death from bladder cancer in 2004. In 2007 he began a relationship with Donna Redel, which helped him confront life-long, unresolved emotional issues. They separated by mutual agreement in December 2014.