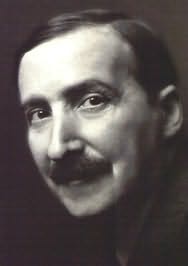 Austria (1881 - 1942)
Stefan Zweig was one of the world's most famous writers during the 1920s and 1930s, especially in the U.S., South America and Europe. He produced novels, plays, biographies and journalist pieces. Among his most famous works are Beware of Pity, Letter from and Unknown Woman and Mary, Queen of Scotland and the Isles. He and his second wife committed suicide in 1942.

Zweig studied in Austria, France, and Germany before settling in Salzburg in 1913. In 1934, driven into exile by the Nazis, he emigrated to England and then, in 1940, to Brazil by way of New York. Finding only growing loneliness and disillusionment in their new surroundings, he and his second wife committed suicide.
Novels
Beware of Pity (1939)
aka Impatience of the Heart
The Post-office Girl (1982)