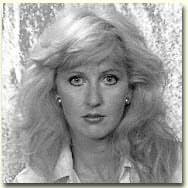 Harper Allen is an American writer of romance novels. She is a four-time nominee for a Career Achievement Award by Romantic Times Book Reviews magazine and her novel Dressed To Slay was named the magazine's choice forBest Silhouette Bombshell of 2006.

Her Irish ancestry lends them a touch of Celtic mysticism, while her work as a reporter in the criminal court system gives her books a darker edge, first and foremost each one is a story about a man and a woman falling in love and holding on to that love. Her characters have always been real people with real flaws, desperately struggling to find the love that will redeem them - and for that Harper need look no further for inspiration than her own life.

Harper grew up in a blue-collar motor city, and with comments such as "Does not play well with others" on her grade-school report cards. Underneath the motorcycle leathers and the rose tattoo, beats the heart of a true romantic.The day she met the man who eventually became her husband, she told her sister, "I've just met the man I'm going to marry. How long do you think it'll take him to figure it out?" They married, and had little kids, who aren't the first ones picked for the volleyball team. Her idea of a great date with her husband is going to a baseball game. Her idea of a great baseball game is any one in which the Red Sox win.

Omnibus
Under His Protection / Covert Cowboy (2004) (with Amy J Fetzer)

Series contributed to
On The Edge
Woman Most Wanted (2001)