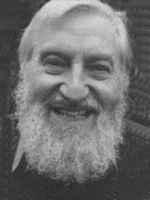 aka Evelyn Hervey
Henry Reymond Fitzwalter Keating was an English writer of crime fiction most notable for his series of novels featuring Inspector Ghote of the Bombay CID.

H. R. F. KEATING was well versed in the worlds of crime, fiction and nonfiction. He was the crime books reviewer for The Times for fifteen years, as well as serving as the chairman of the Crime Writers Association and the Society of Authors. He won the CWA Gold Dagger Award twice, and in 1996 was awarded the CWA Cartier Diamond Dagger for outstanding service to crime fiction.

Collections
In Kensington Gardens Once .. (1997)

The Stain on the Snow (1953)
Georges Simenon
"I doubt whether it is possible for the crime novel to rise to greater heights than it does in Simenon's hands here."

A Helping Hand (1966)
Celia Dale
"The accuracy, understanding and quiet wit of Jane Austen - plus murder."

The Sherlock Effect (1997)
Raymond Kay Lyon
"Its premise is delightful and its accounts of its latter-day Holmes have not a little of Conan Doyle's wonderful story-telling power."

The Devil in Disguise (1998)
(Harry Devlin, book 6)
Martin Edwards
"How good to find a crime novel that doesn't rely on lurid violence to beat you into submission. Instead, here's solid storytelling everyday, Liverpool legal background and a nice scattering of perky jokes."

The Reckoning (1999)
Ted Allbeury
"Allbeury's people are real in the sense that Greene's or Maugham's are."