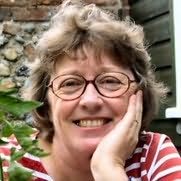 (b.1943)
Rachel is the second of the five children of the popular author, Verily Anderson. Rachel began her own working life in journalism. She worked for BBC radio, newspapers and women's magazines. For ten years she was children's book reviews editor for 'Good Housekeeping'. She won the Medical Journalists Award in 1990.

Her first novel, Pineapple, was published with Jonathan Cape, in 1965. After three more books for adults, she graduated to fiction for a younger readership. She has now about 50 books for children and 'nearly-adults', with translations into a dozen languages.

Many of her stories are about, or for, people living with learning disability.

She is married to David Bradby, Professor Emeritus of Theatre Studies at London University. They have one daughter, three sons, two goldfish, several free-range muntjacs, and a delightful diversity of grandchildren.